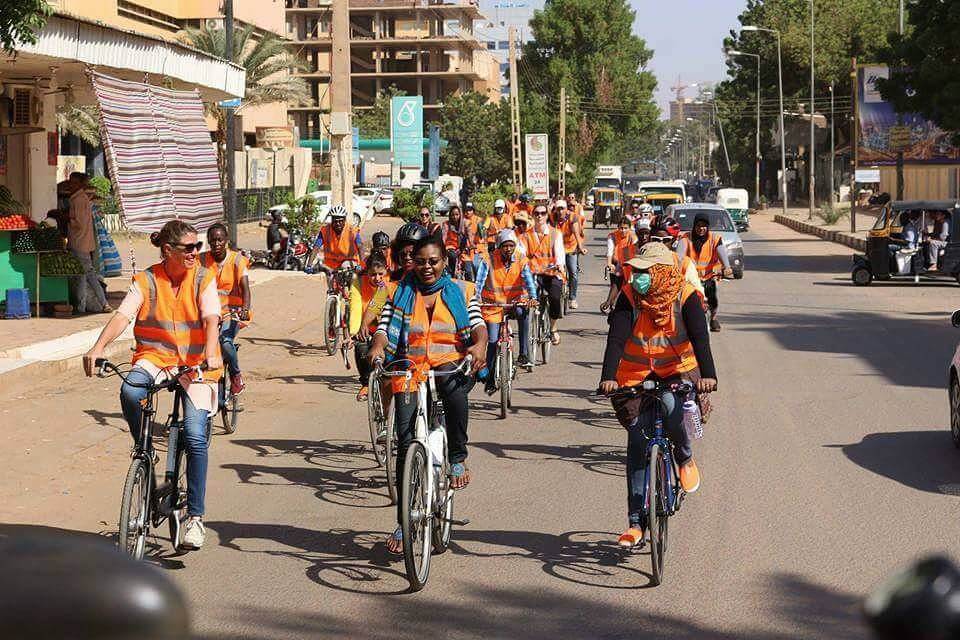 new chances to women in Sudan through the bicycle!

On June 22nd, Give a Bike and Dutch Cycling Embassy shipped a batch of bicycles to Sudan.

These bikes will be used by the Dutch Embassy in Khartoum, together with the Sudanese Female Cycling Initiative to draw positive attention to the bike as a mode of transport, in order to stop desertification as a result of global warming. The Dutch Embassy already organized cycling days in the past in order to promote cycling. But at that time most people who joined the cycling days were male, since, as a result of cultural and religious aspects, women in Sudan are often not encouraged to cycle. By providing bike lessons to women on the recently shipped bikes, the Dutch Embassy and the Sudanese Female Cycling initiative hope to empower women and enlarge their world.

The bikes were provided by Give a Bike, a relatively young foundation, who collect donated bikes, refurbish them and provide them to the ones in need. Their goal is to let anyone in the world experience the freedom and flexibility of riding a bike. This project in Sudan is a great example of this.

By working closely together, Give a Bike, the Dutch Embassy in Khartoum, the Sudanese Cycling Initiative and the Dutch Cycling Embassy hope to provide new chances to women in Sudan through the bicycle!

We build, you ride.
And someone else as well