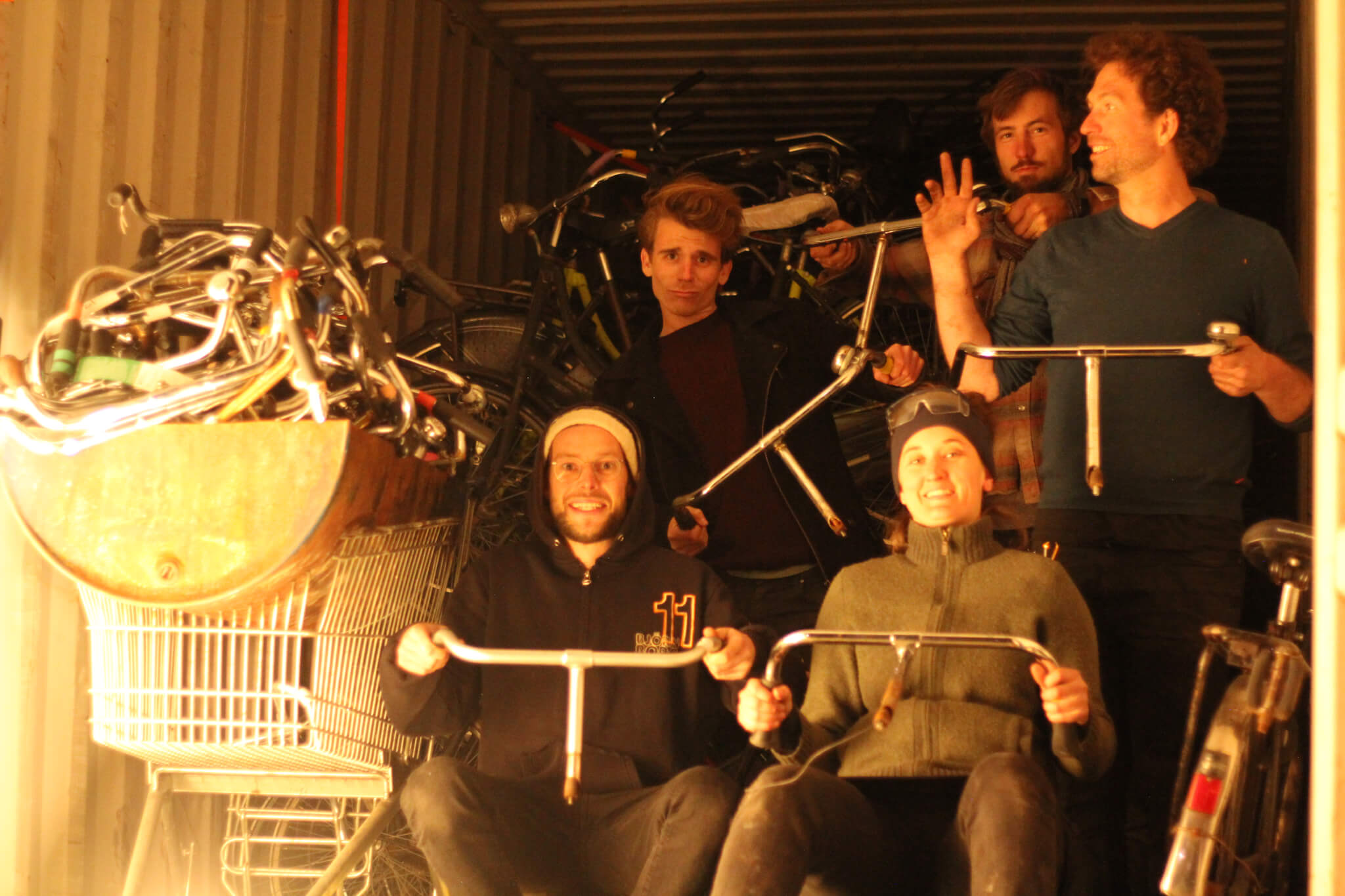 From the Netherlands to Winnipeg, project promotes cycling culture

More than 100 bicycles hitting the streets of Winnipeg will be more than a mode of transportation — they will carry a story that crosses the ocean, peddles through the Netherlands and promotes the cycling lifestyle.

A shipping container of bicycles is on its way to the city carrying 140 Dutch bikes as part of the Plain Bicycle Project.

“It’s funny, in the Netherlands it’s just a bike obviously,” Anders Swanson, who works with the project, said on CBC Radio’s Information RadioMonday.

“If anybody has ever seen a postcard with a canal in the background and a bike with maybe some flowers in the basket in the front it’s probably one of these bikes.”

Swanson said the single-speed bikes allow the rider to sit upright “like you are travelling through the landscape on a lazy boy.” The handlebars are near to the chest and there’s a skirt guard, fender, lights and a chain guard that goes completely around.

“So even if you are wearing your wedding dress you will end up where you need to get without getting dirty,” Swanson said.

Hopping on a bike to get to a special event or the grocery store is everyday fare in the Netherlands. In a 2014 report, 36 per cent of the people in the European country listed the bike as their most frequent mode of transportation.

“Cycling is already the fastest growing mode of transportation here in Winnipeg. If driving was increasing at the rate of cycling was we’d have to be widening Main Street,” Swanson said.

The project’s goal is to help people see themselves on a bicycle, Swanson said.

He said it will foster a shared understanding of what everyday cycling means.

The bikes, which are already on the water making their way across the Atlantic Ocean, cost participants about $250 and have already been spoken for. While these bikes are special in history and intention, Swanson said it’s all about getting people out on any bike.

“I think it’s something that people really, really want,” he said.